The Adobe® Scout mobile app is for developers using Scout, the new profiler and analysis tool from Adobe. Install Scout on your desktop, then run this app to profile your iOS apps. Features: • Instantly determine how your app is performing with zero code changes. • Code sampler shows you where your app spends its time. • Display list recording shows you what you rendered and how it performed. • GPU recording lets you step through every draw call and rapidly debug and optimize your shaders. “Adobe Scout is a game changer. Before, the R&D team only did sporadic profiling during development. With Adobe Scout, at any moment, we can track the performance and make the fix early on—saving time and getting our games to market faster.” -- Jean-Philippe Doiron, Principal Architect R&D, Frima Studio "Adobe Scout played a major role in performance optimization for the development of Farmville 2." -- Richard Rabbat, General Manager, Zynga 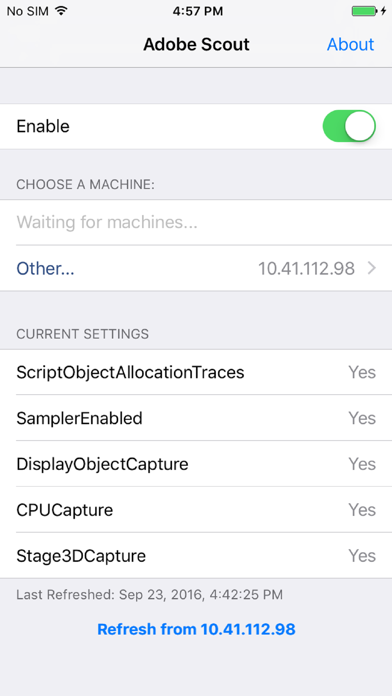 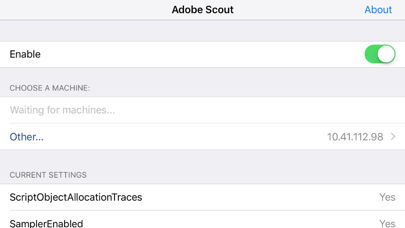